The Grotto, The Natural Santuary of Our Sorrowful Mother, Portland, Oregon 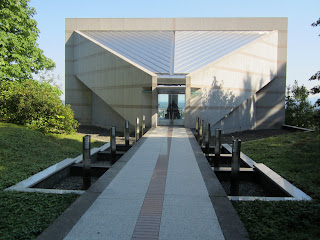 The Grotto is a a special tribute to Mary the Sorrowful Mother of Jesus and includes 62-acres of gardens. A grotto was formed at the base of a 110 ft basalt cliff where an altar was constructed. The grounds also include several chapels, a visitor center and a beautiful meditation chapel that was built in 1991 (pictured). The chapel includes glass walls. 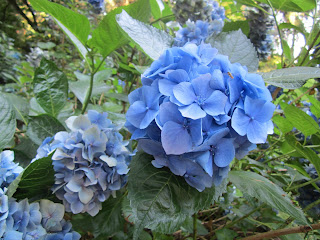 The gardens are primarily shade gardens and include a wide variety of trees, hostas and other shade loving plants and shrubs 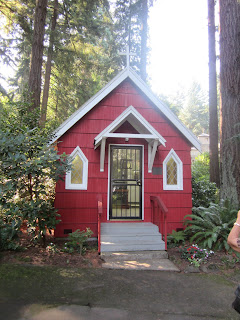 This tiny chapel honors St. Anne , the mother of Mary and was built in 1934. It now contains many Madonna paintings from around the world. 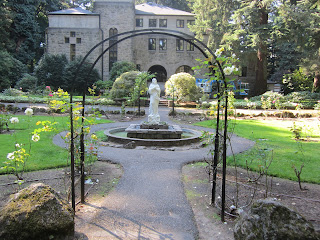 The Rose Garden. Since 2003 the garden has expanded through Mother's Day donations from supporters who have planted roses in honor of their own mothers. 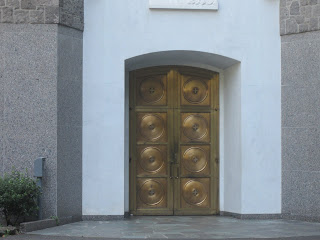 The bronze doors of the Chapel of Mary. The chapel seats 500 people.The Grotto hosts a Christmas Festival of Lights each year which is a popular family event in Portland. Every year the event welcomes 50,000-60,000 people. 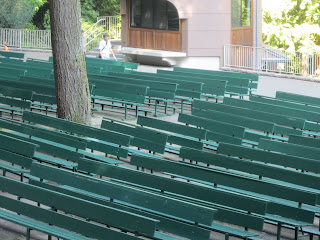 Seating by the Grotto cave which is approximately 30 ft wide by 30 ft deep. Over 30,000 people visited the first outdoor Mother's Day mass in 1930. Mass is held each Sunday May through September at noon. 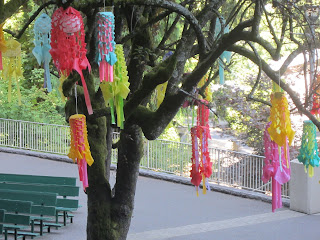 The Grotto is built on two levels that are connected by a 125 foot (ten story) elevator. 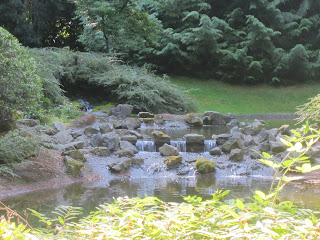 A water feature in the Grotto. 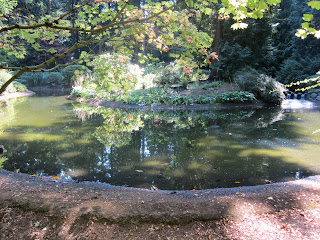 The Peace Garden one of the many Grotto gardens. The Grotto is maintained entirely through gifts and donations and receives no financial support form the church. 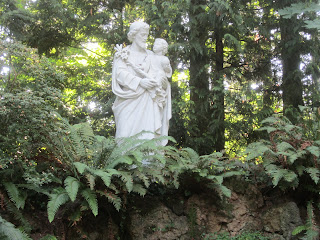 One of many statues in the Grotto

The Grotto was founded by Father Ambrose Mayer (1883-1971) who prayed to the Virgin Mary for his mother's life promising that if she was spared he would one day undertake a great work for the church. The land for the Grotto was purchased for $3,000 from the Union Pacific Railroad Company . The initial asking price was $48,000.

Posted by Michele Blair at 7:18 PM

Email ThisBlogThis!Share to TwitterShare to FacebookShare to Pinterest
Labels: Michele, Portland OR, The Grotto, The Natural Santuary of our Sorrowful Mother
Newer Post Older Post Home