Coyotes in the Garden

I have lived in Maine, Michigan and Ohio, and never have I come face to face with a Coyote in my back yard. Portland Oregon would have been the last place I expected to see one. I live less than 21 blocks from downtown!  In the past two weeks I have spotted them so many times that I have started to tell them apart. I think I have seen 4 different ones. My first sighting was when I was walking up my driveway. By chance I glanced back to see an animal looking at me. I could not make out what it was, but thought it looked like a German Shepherd puppy, or a large fox. I was told by a friend that most likely it was a coyote and not a fox.

I know this photo is fuzzy, but if you look closely you will see that there are two of them, less than a few feet from my front door. Yikes! I was told to call the department of wildlife. Turns out they no longer take reports. They were really nice, and told me that they are thriving in the city due to not having a predator. They said to make sure all food sources were removed, keep my pets on a leash and to make a lot of noise as they are scared of humans.

Did they really say they were scared of humans? One morning I decided to shout at them. They looked up at me and continued to sniff my grass aggressively. I am assuming they smell my dog. Another night they did run, but just behind the bushes where I could see their skinny brown legs. Once I got inside they proceeded to come out and, yes you guessed it, sniff the grass aggressively.

Over the fast few weeks I have become an coyote expert. They mate for life and live in families. In the city they have a 3 mile territory. They followed the railroad tracks to get into cities from rural areas and they like to sleep by the freeways in the daytime because there are no humans walking about. I have both a railroad and a highway behind my yard fence in the wild railroad land that I have turned into a guerrilla gardening project. Maybe the garden could be attracting new rodents? 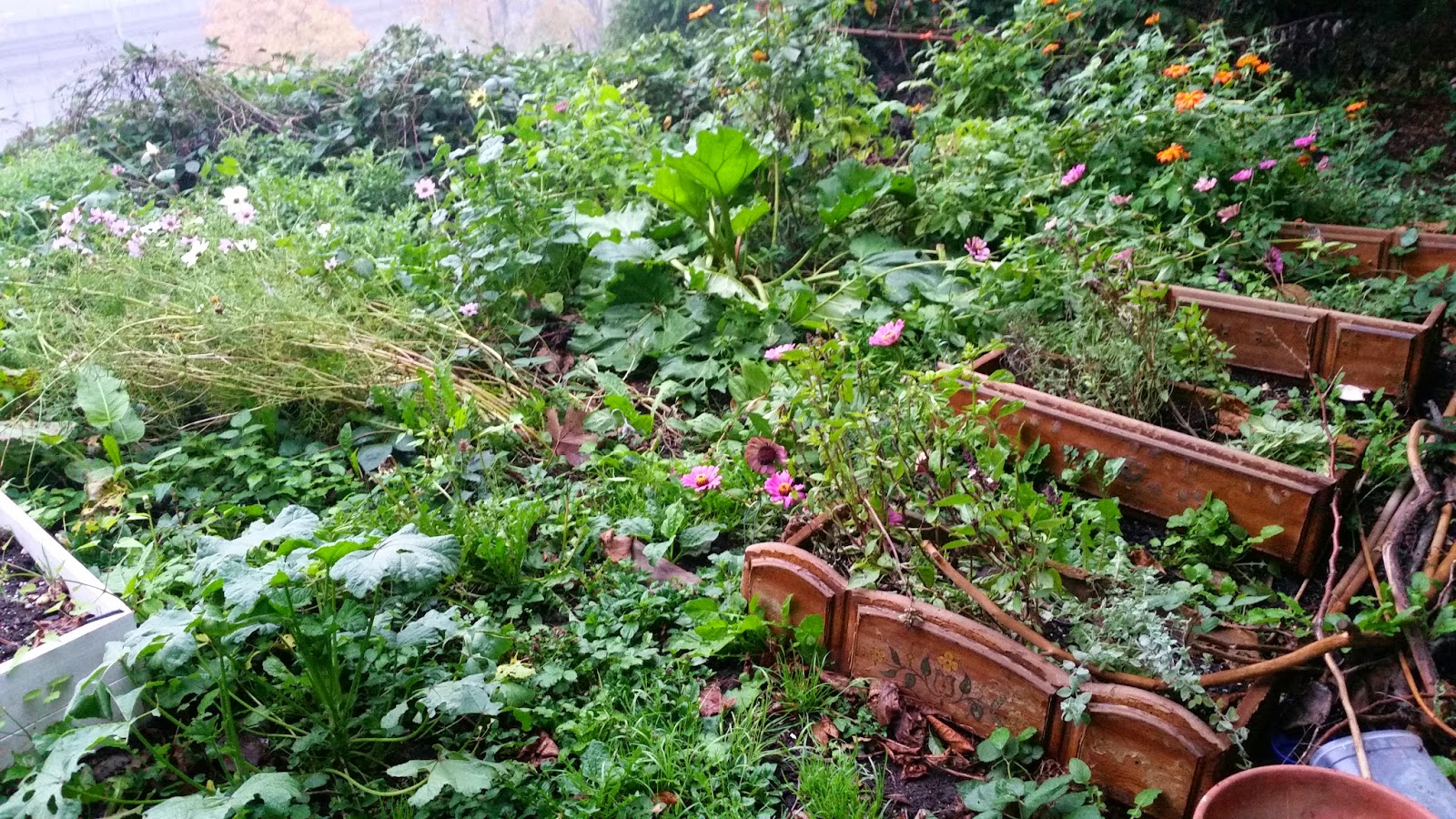 Rumor has it that one of our neighbors could be feeding them. No wonder they don't seem scared. Did you know that some coyotes have mated with wolves? They are called Coy wolves. One funny story involved a neighborhood coyote elsewhere. What did they find in his den? Lots of dog toys he had stolen along with golf balls. I have begun to come to terms with the fact that I share the garden with coyotes. I just will not garden between dusk and dawn. I also make sure to check the bushes to make sure that I don't see any brown skinny legs.
Posted by Michele Blair at 10:26 AM