I still have some tomatoes in my little greenhouse, though they are slowing down. The nights are getting cooler but the greenhouse extends the season a little. 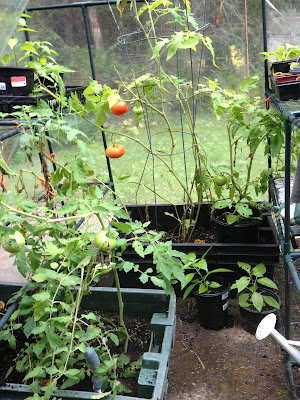 These tomatoes are ripening. I have a lot of green tomatoes I hope will turn red. We'll see. This is a bit of an experiment. So far the greenhouse tomatoes have fared much better than the garden plants, particularly in the way of pests. I had fewer problems all around with the greenhouse plants. 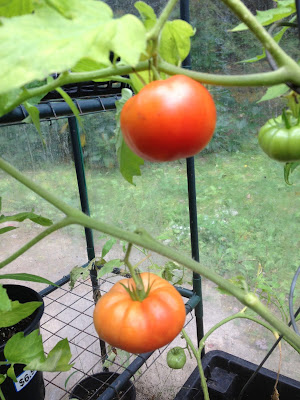 These tomatoes have been grown in containers since I started them from seed late winter. 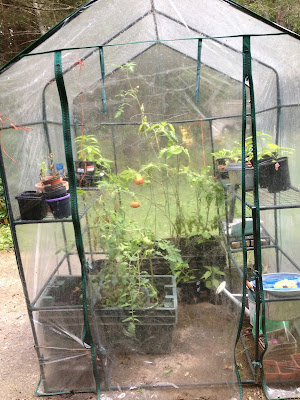 I also have these small delphiniums I started from seed which I will transplant into the garden. 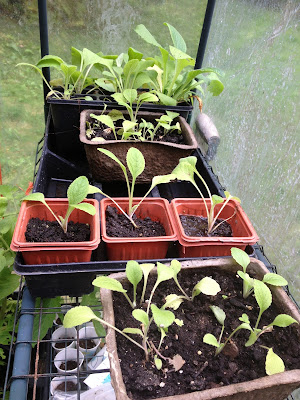 Soon I will post an update on the big greenhouse which has caused a lot of drama.....more on that in a future post.
Posted by CK at 11:30 PM