While exploring the scenic roads of Vermont, having missed a turn for the Simon Pearce glassblowers, but in a mood for exploring, I saw a sign indicating a National Park was ahead.


“Vermont doesn’t have a national park,” I said to my kids.  They were interested in finding a new area to hike. Hmmm. A National Forest, yes, I knew that. I puzzled about the national park sign. After an unintended turn in the quaint town of Woodstock, seeing an intriguing bridge I just had cross to find out what was on the other side, I discovered Vermont does, indeed, have a national park. The Marsh-Billings-Rockefeller National Historic Park, to be exact.
﻿﻿﻿﻿
As if that weren’t awesome enough, across the street is the Billings Farm and Museum, and as part of the park grounds, lovely carriage roads to explore, which lead to hiking trails to the summit of Mount Tom, with views of the village below. We’d hit the road trip jackpot!  To make it all even more perfect for this garden enthusiast, the property boasts a formal garden. 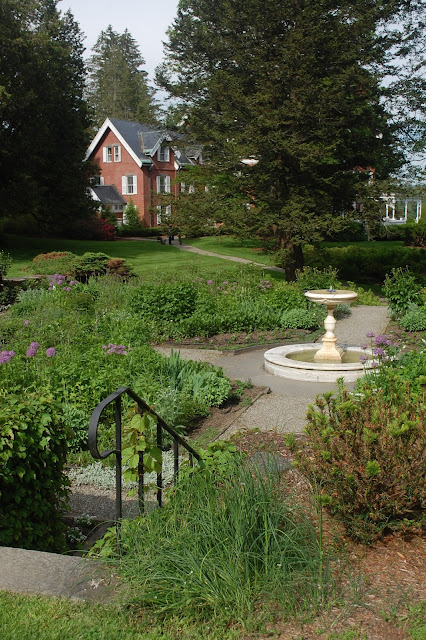 For the next two days, we would explore it all- a grand summer house with formal garden most recently owned by Laurance and Mary Rockefeller, who donated it to the National Parks system, the Billings Farm and Museum, the carriage roads to the Pogue-a pond a top a mountain, and trails to the summit.
The history of these properties reach far back into American history. Does Billings, Montana ring a bell?  It was named for Frederick Billings, owner of the mansion and Billings farm, whose granddaughter married Laurance Rockefeller.
I won’t try to convey the whole history in this space. I couldn’t do it justice, but do follow the links, especially those of you interested in the conservation movement- which has beginnings rooted on this very land. This national historic park has one of the oldest managed forests in the United States.


For now, I am sharing the photographs I took of the formal garden, as well as this pic of splendid rhododendrons in bloom. 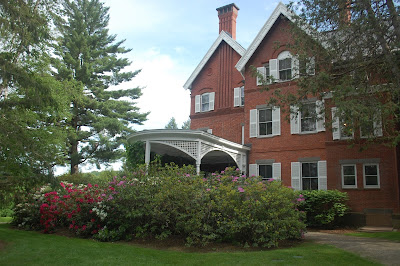 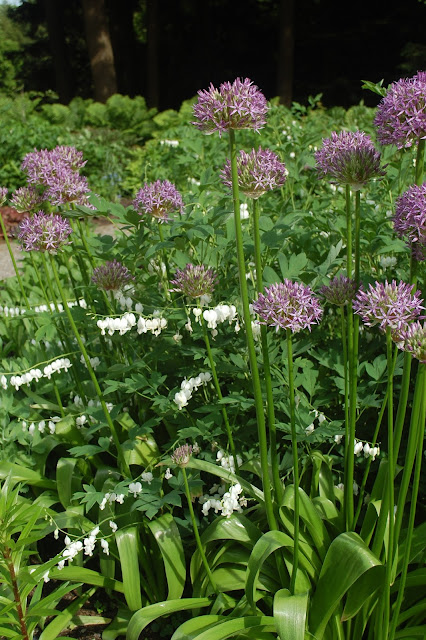 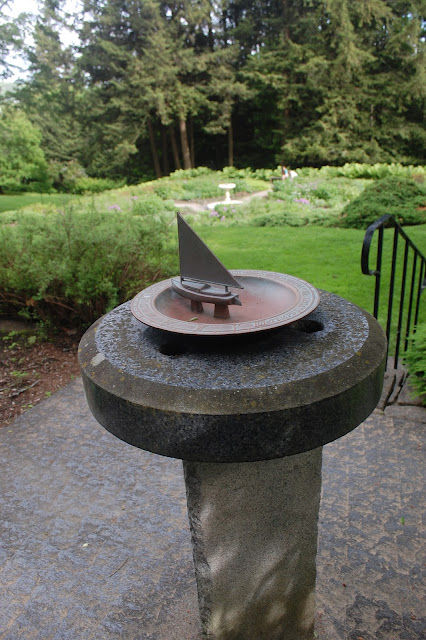 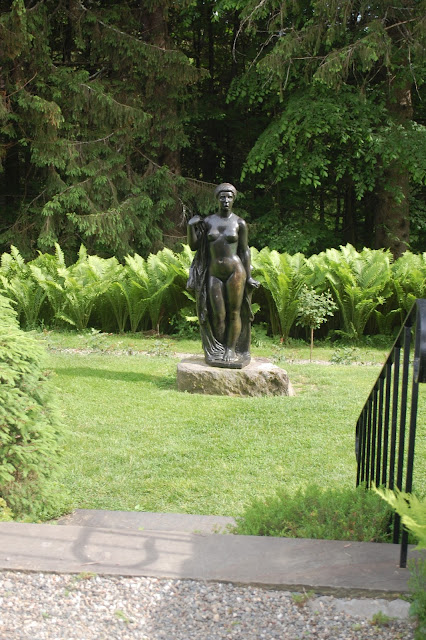 Over the next few weeks, I’ll be posting more photos from the Billings Farm and Museum and Mount Tom.
Should you travel the country roads of Vermont in the future, be sure to make your way to Woodstock and see it for yourself.
Posted by CK at 7:48 PM