This was my mother's day present this year. 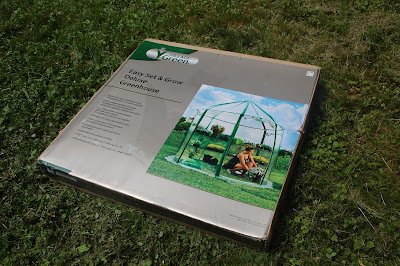 I have been having such fun with my little greenhouse it was overflowing with plants. So now I have two. Recently, my kids helped me assemble it. I'll be honest- it was much more challenging compared to the little greenhouse assembly, but with some help from my son (who is 6 foot 2 inches tall) it's up. 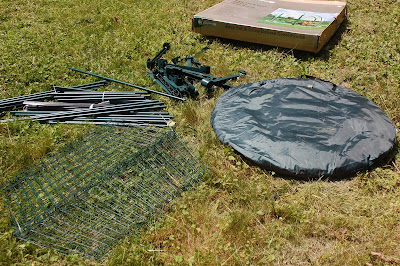 In the photo above, you see the parts just out of the box. The clear plastic cover came in the round carry-case you see. 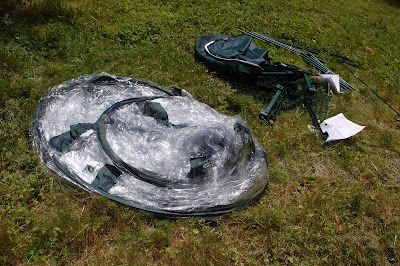 When my kids were young, they had a set of PLAY HUT forts. Does anyone remember those? They were made of flexible poles that could be bent, twisted, and flattened down to fit in a small bag. This greenhouse is basically the same idea. Uncoil the poles and it springs open. 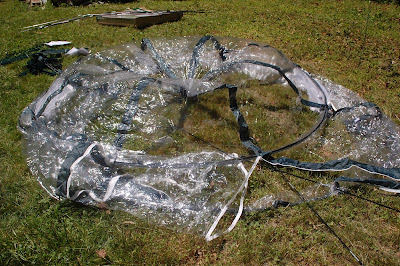 I imagine it's going to be another challenge to fold it down when winter comes, but we won't think about that now. Perhaps my previous training with PLAY HUT will come in handy! 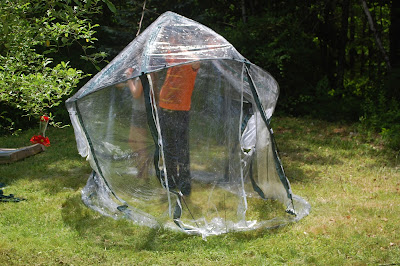 This was the challenging part. Even with a step ladder, it was difficult because the center peak is so high up. 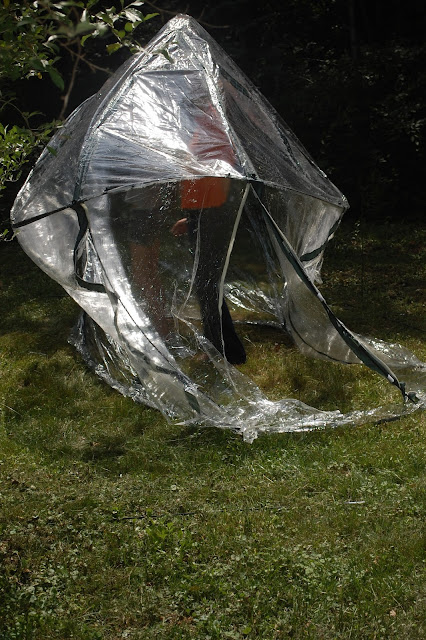 We gave up at this point. Later, my other son gave it a try and he was successful. Kudos and a big THANK YOU to him! If you decide to go with this model, I recommend you enlist a tall person to help! 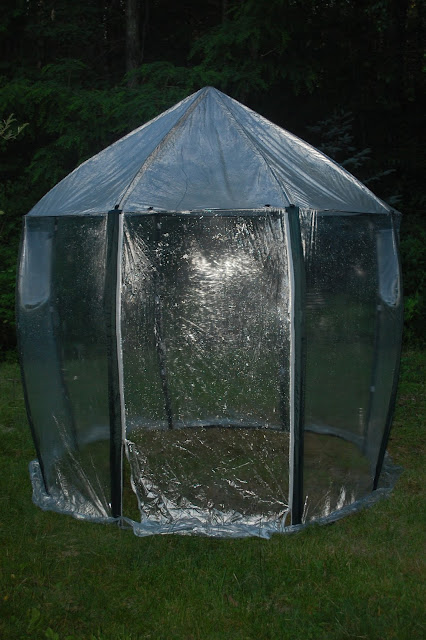 It's HUGE! I'm looking forward to being able to move around comfortably in this one much easier than my small greenhouse. I do believe there is enough space for a lawn chair.

Another perk- it has windows for ventilation. I have found that to be a slight problem with the smaller greenhouse and too much humidity.

I still have to assemble the shelving which came with it. I'll show you that project in another post.