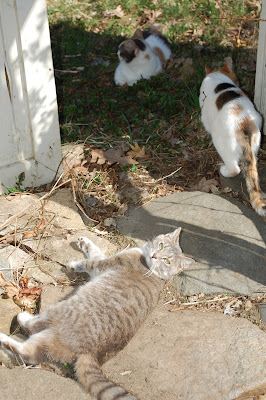 At the garden center, the plants were surprisingly small. 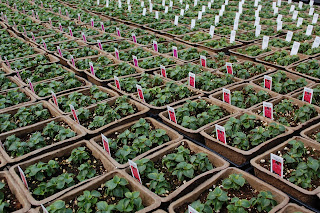 The weather has been so warm I guess I absentmindedly thought the plants would be bigger but really it is quite early. I have to remind myself it's only April! 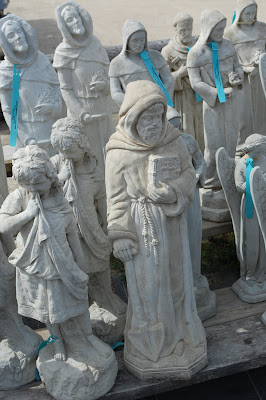 These statues looked like a group of mourners at a funeral. I'd love to take a few home for my gardens if it weren't for the high numbers on those little blue tags they wear. 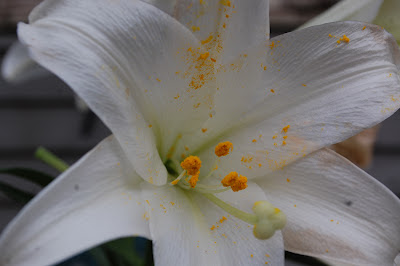 Back home, I planted my Easter lily which was going by. 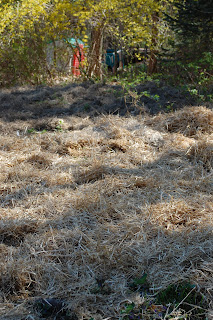 My son planted the asparagus crowns he bought and mulched the garden. This year, we are using both salt marsh hay and straw to compare the two. Straw is much more affordable, so all other things equal we'll go with straw in the future. We paid 11 dollars a bale for Salt Marsh Hay but only 8 dollars a bale for straw. 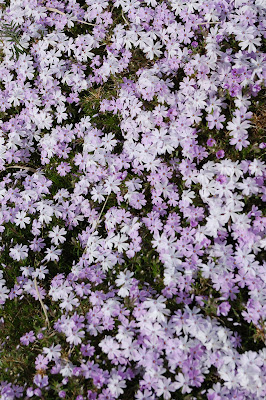 I also planted some seeds like peas, beans, cilantro, as well as a lettuce mix I picked up at the garden center. The strawberries are blooming, as is the ground phlox, and my daughter's radishes are sprouting.

We decided to keep our community garden plot this year. My son spent several hours at the work day getting everything weeded and ready to go for the year. 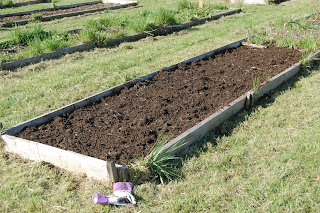 That's the update from here. What's new in your garden?