May is Lilac Here in New England

"May is lilac here in New England," wrote Amy Lowell in her poem entitled simply Lilacs. May is lilac. "Lilacs, False blue, White, Purple, Color of Lilac, Your great puffs of flowers are everywhere in here my New England."

Indeed, this spring, as every spring in New England, our whole landscape looks and smells like lilacs. Lilac perfume fills the air with is magical ability to bring back memories of long ago spring-times.  Lilacs inspire poets and painters, butterflies and bees, and all who fall under the spell of lilacs. Amy Lowell writes of lilacs in dooryards and churchyards, hillsides and pastures all over our New England states. 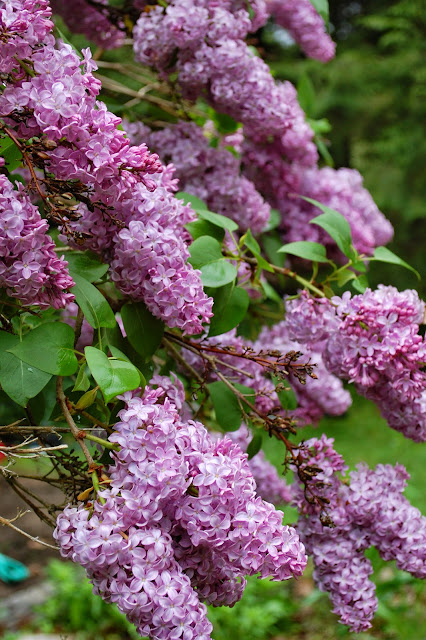 "Among your heart-shaped leaves
Orange orioles hop like music-box birds and sing
Their little weak soft songs;
In the crooks of your branches
The bright eyes of song sparrows sitting on spotted eggs
Peer restlessly through the light and shadow
Of all Springs.
Lilacs in dooryards
Holding quiet conversations with an early moon;
Lilacs watching a deserted house
Settling sideways into the grass of an old road;
Lilacs, wind-beaten, staggering under a lopsided shock of bloom
Above a cellar dug into a hill.
You are everywhere.
You were everywhere."
Read Lilacs by Amy Lowell in its entirety here. 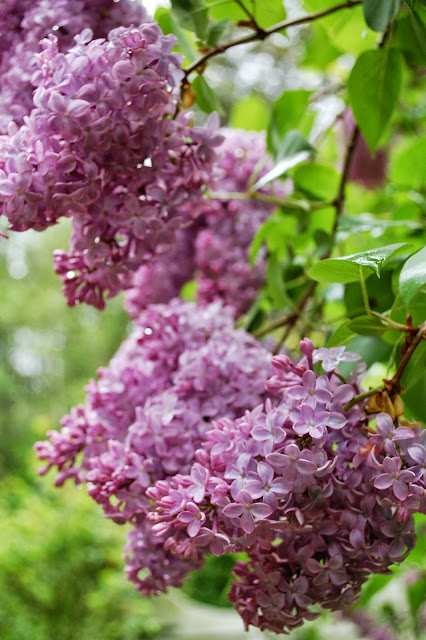 Lilacs first came to America in the 17th century with colonists from England. Presidents George Washington and Thomas Jefferson grew lilacs in their gardens. Native to Eastern Europe and Asia, the botanical name syringa has roots in Greek mythology. Syringa, a beautiful wood nymph, caught the admiration of Pan. He frightened her so much when he pursued her through the forest, that she changed into a lilac bush to escape. Not only do the Greeks describe in myth how lilacs came to be, but, since the wood from the bush is excellent for flute making, the story tells us that Pan's first flute was made from the reeds of the lilac. In Pan's Song, John Lyly penned these words, "From that deare Reed Pan's pipe does come."

Indeed, Syringa comes from the Greek word syrinx which means hollow pipe. Lilac wood has been used since antiquity in the carving of flutes. 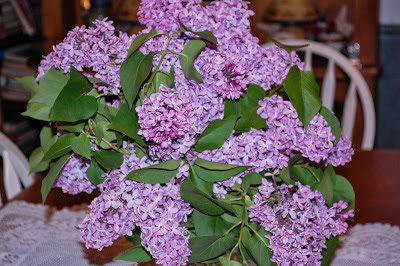 Lilacs are the state flower of New Hampshire. When I was growing up my family sometimes shopped at the Lilac Mall in Rochester, N.H. which is known as the Lilac City. Many New England towns hold Lilac festivals in May. 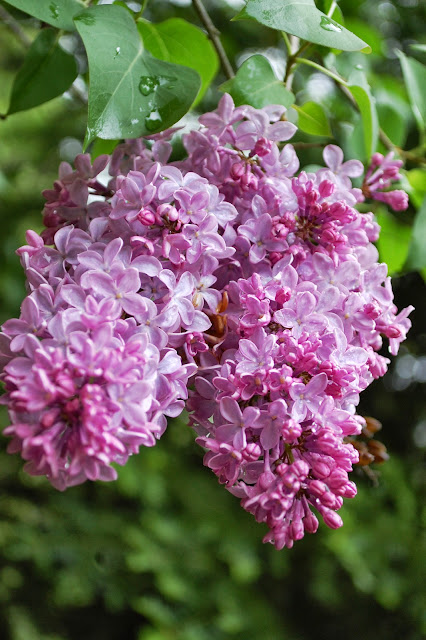 As with all flowers, lilacs are dripping with symbolism. They are the symbol of first love, as well as the color purple's association with spirituality. In some cultures they are the flower of Easter.

At one time, lilacs were associated with the period following a year of mourning when a grief stricken widow could shed her widow's weeds for the color lilac, which was considered appropriate for that stage of mourning. White lilacs were often used for funerals. Because of this past association, some still consider it bad luck to bring lilacs into a house, lest something terrible come to pass. 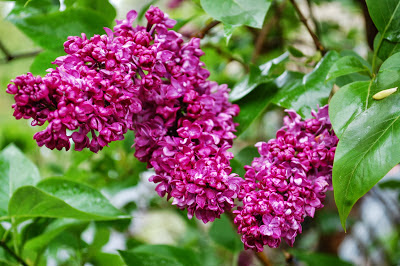 Not only do lilacs grace the landscape of New England, references in our history, poetry, music and culture are many. Way back in the ancient branches of my family tree is my 10th great grandmother, Susannah Martin. Susannah was accused, tried and executed during the hysteria of the Salem Witch Trials. What does this have to do with New England lilacs in May, you wonder?  Susannah was arrested in the month of May in 1692. The folk song written about Susannah proclaims, "Susanna Martin was a witch who lived in Amesbury. With brilliant eye and saucy tongue she worked her sorcery. And when into the judges court the sheriffs brought her hither, the lilacs drooped as she passed by and then were seen to wither." 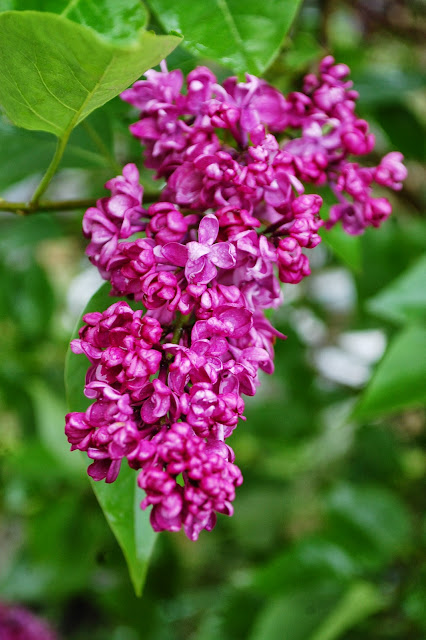 On a happier note this sunny Memorial Day here in the year 2013, the lilacs bloom in abundance in my garden, and all over New England, as Amy Lowell tells us in her poem,

"Standing beside clean doorways,
Friendly to a house-cat and a pair of spectacles,
Making poetry out of a bit of moonlight
And a hundred or two sharp blossoms.
Maine knows you,
Has for years and years;
New Hampshire knows you,
And Massachusetts
And Vermont.
Cape Cod starts you along the beaches to Rhode Island;
Connecticut takes you from a river to the sea.
You are brighter than apples,
Sweeter than tulips,
You are the great flood of our soul...."
Posted by CK at 8:14 AM