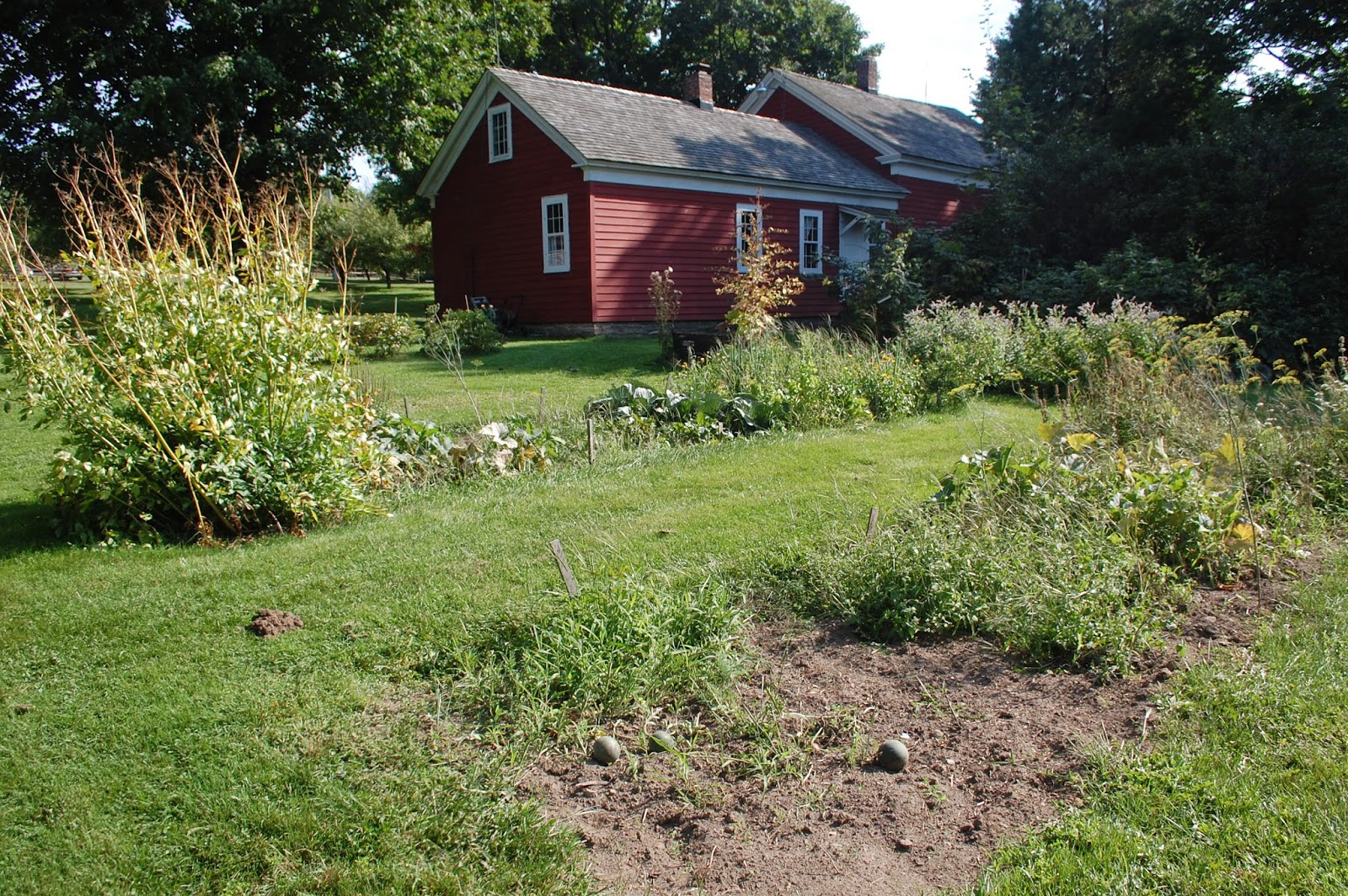 After our tour of the Wilder Homestead house and barns, we were treated to a tour of the heritage garden. The plants in this garden are those Mrs. Wilder would have planted and used. It's behind the house, not far from her kitchen. 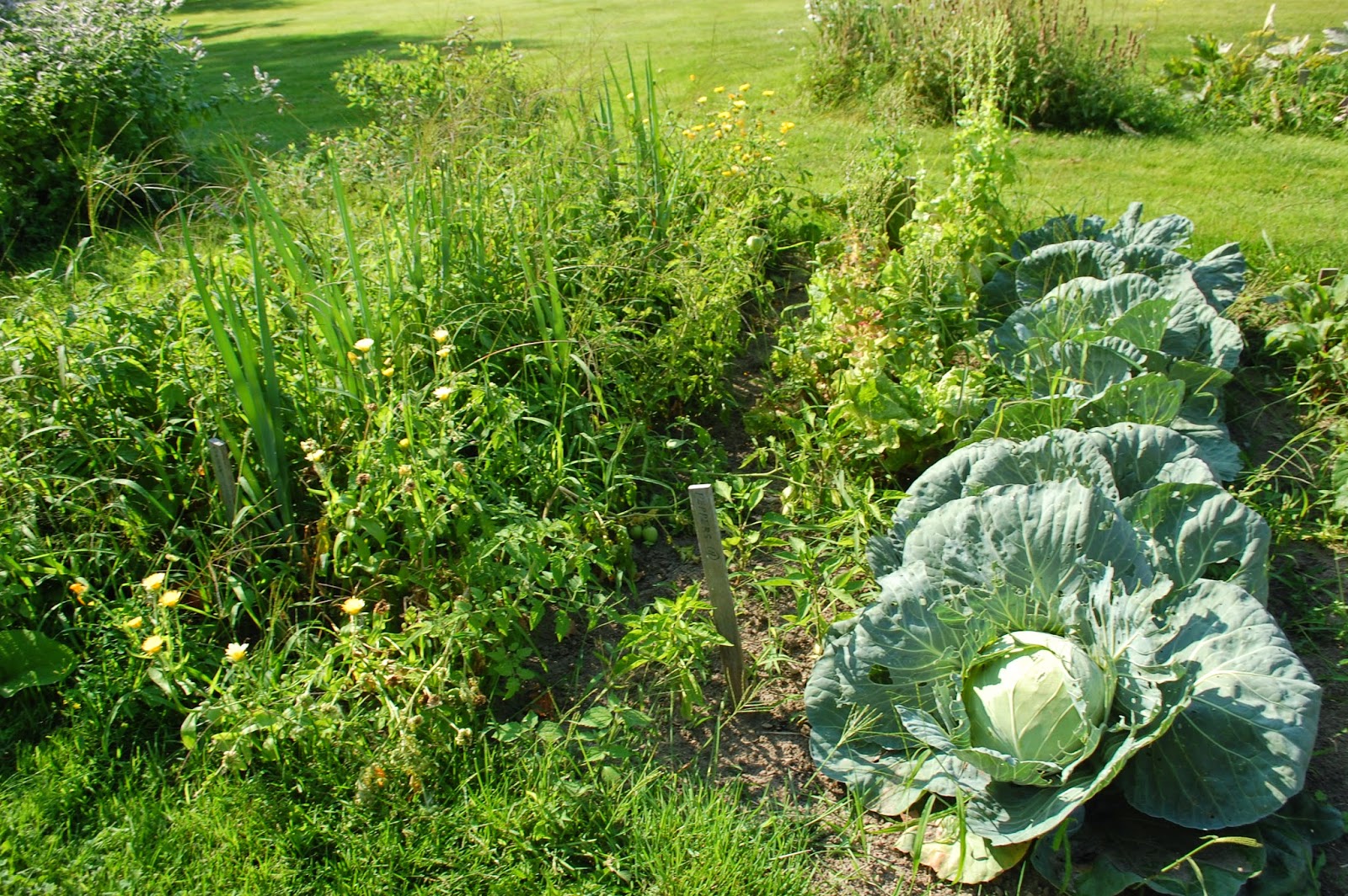 We saw some large cabbage and other veggies. 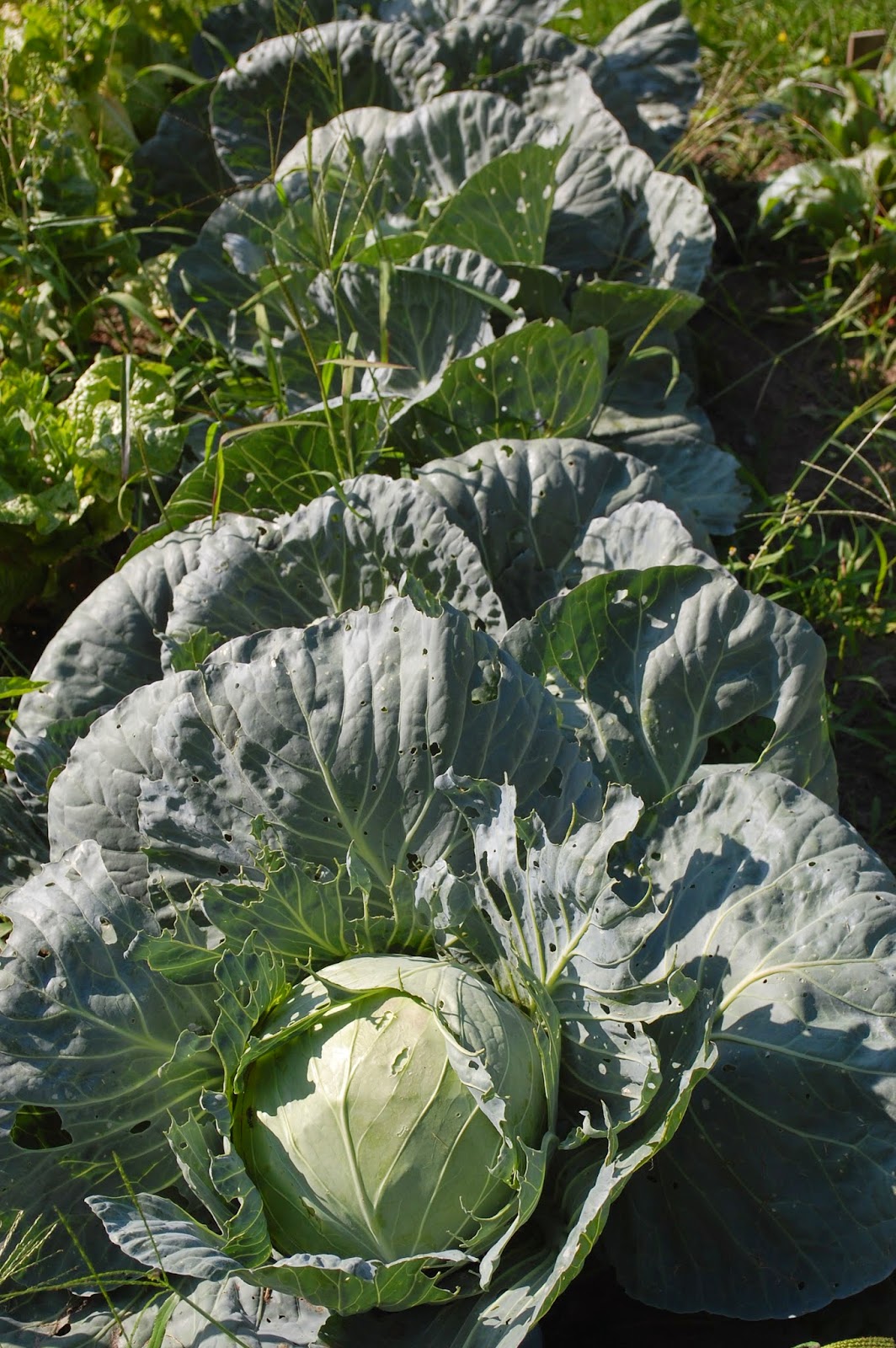 This photo of these heirloom tomatoes does not give a realistic idea of just how huge these tomatoes are! 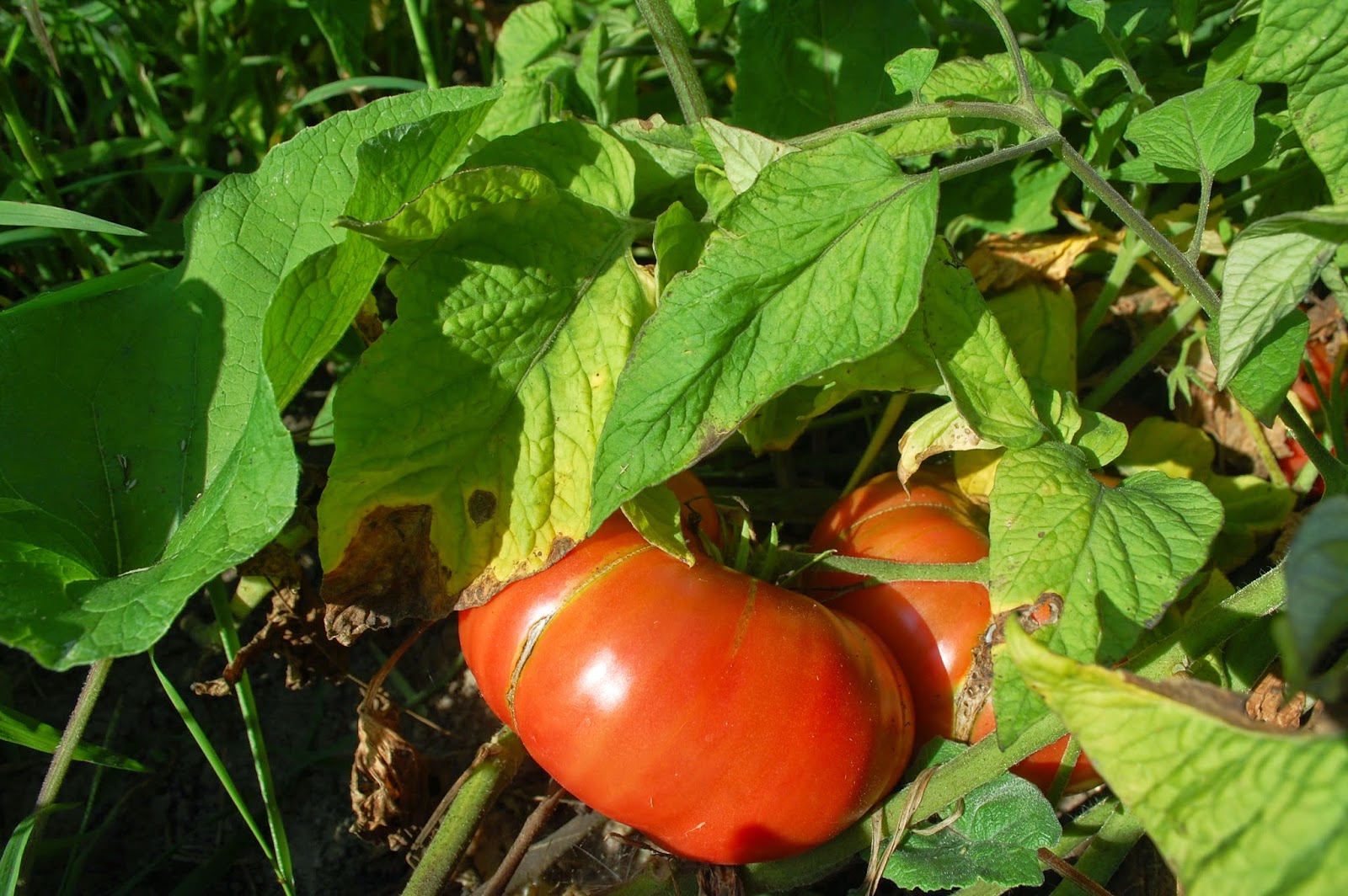 Below you see a plant our tour guide told us is called False Indigo. I had never heard of this plant before our tour. It would have been used as a dye. Mrs. Wilder wove her own cloth on a loom upstairs in the house, so this plant would have been a great asset when dyeing her fabric. 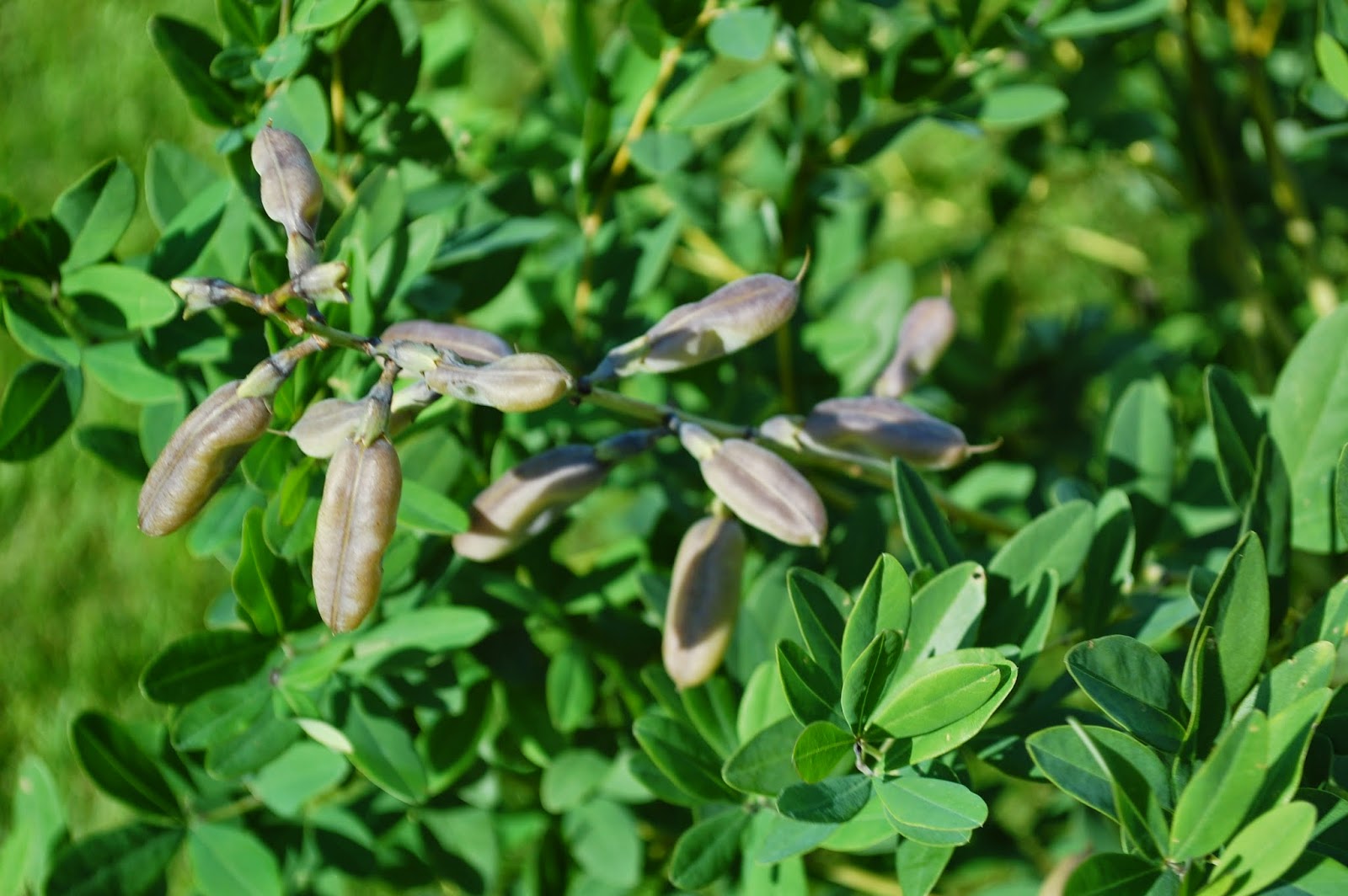 We saw some nice pumpkins and squash in the kitchen garden. 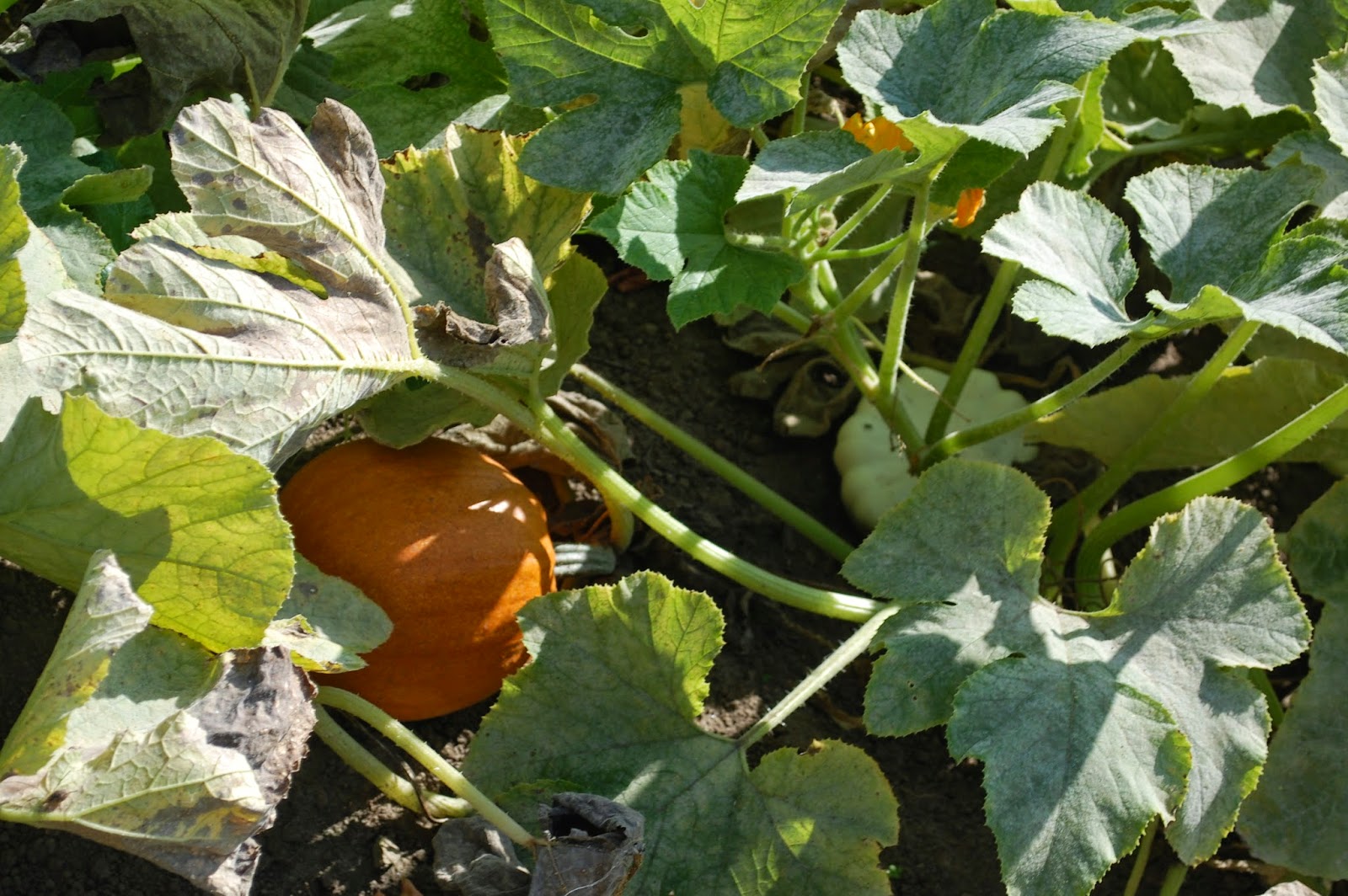 I wish I could show you some photos of Mrs. Wilder's period kitchen and loom, but indoor photography is not permitted, so you'll just have to take a trip to Malone, New York to see this treasure of a museum for yourself!

Next up....part 2 of the Wilder Homestead Heritage Gardens.....