Note to Michele: Too Much Rain

We've had too much of a good thing in Maine this summer. I'm talking about precipitation. An unusual weather pattern has been impacting the Eastern United States this summer. You mentioned it's like Portland in the rainy season. We have had some seriously heavy downpours and everything just feels humid and damp. The sunny spells are sandwiched between rainy days so the ground doesn't dry out. And it's starting to negatively impact my garden. 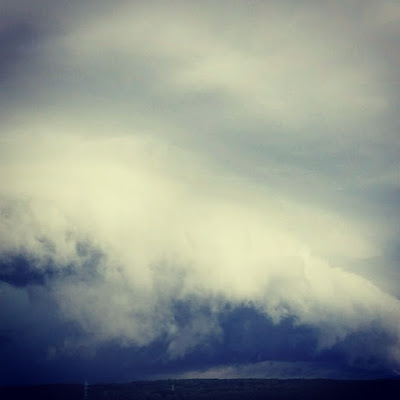 For one, the grass is growing like crazy, but it's too wet to mow.  My peppers are rotting on the vine. These three peppers are all I have left, though the plants may produce more later. I'm not sure what the black spots on the peppers could be, but I've never experienced it before. Could it be from too much moisture? 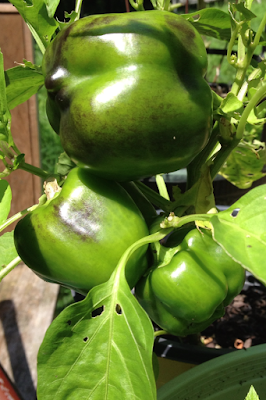 This year, the squirrels are eating all my patio tomatoes, even the green ones. I've been picking them as soon as they are pink, but then they started eating green tomatoes. The sad part is they only take a bite and leave the rest. 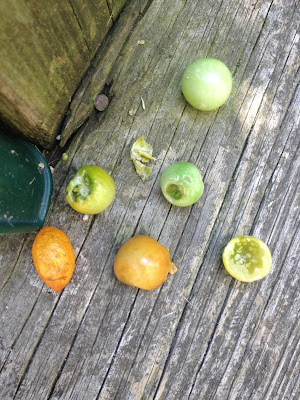 I don't think there is anything I can do about this. I've put up chicken wire to keep the groundhog out, but squirrels can get through almost anything. I think I'll just have to let them have the tomatoes and buy my own from the market.